Call
us Return To
Insights
May 21st, 2019 / Insight posted in Articles

£574 million of growth equity capital was invested across 120 deals in the first three months of the year, making the quarter stronger than the same period last year. 2018 proved to be a record, with a total of 511 deals worth £2.3 billion recorded despite a lacklustre first quarter which saw £481 million invested across 114 deals. Last year’s strength came from exceptionally active second and third quarters, which accounted for nearly two-thirds of the year’s total value. The data is from analysis conducted by Kingston Smith on UK private companies raising £1 million to £15 million each of growth equity capital. 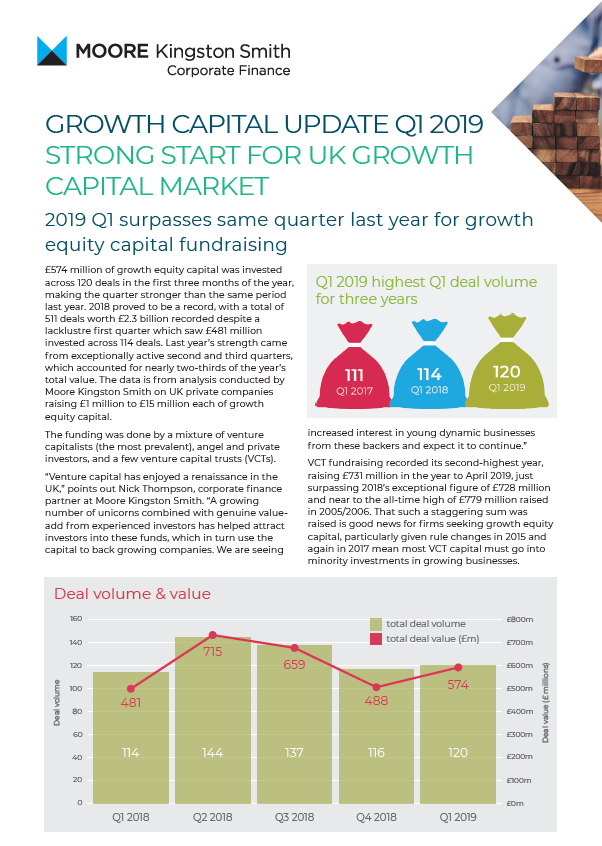