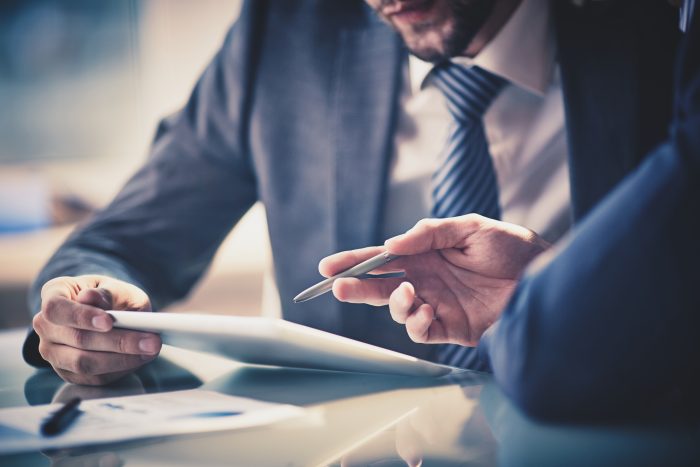 The Budget announcements are a ‘mixed bag’ for business owners. The negatives were not entirely unexpected, as we already knew that the rate of corporation tax was not going to reduce to 17% as originally planned, and changes to entrepreneurs’ relief (see Private Client commentary) were always on the cards. We will have to wait to see what impact these have on investment decisions by entrepreneurs. Some changes are welcome, including those relating to the Structures and Buildings Allowance and R&D tax relief.

The chancellor confirmed an earlier announcement that the planned reduction in the CT rate from 19% to 17% will no longer happen. The rate of corporation tax will therefore remain at 19% from 1 April 2020.

This measure is uncontroversial given the UK still has one of the lowest rates of tax in the G20. It should provide much needed revenue to fund the host of other measures announced by the Chancellor.

A number of changes were announced to R&D tax relief:

The credit rate given under the R&D scheme for Large Companies will increase from 12% to 13% of eligible expenditure from 1 April 2020. This will result in claimant companies receiving a net-of-tax credit of 10.53% of eligible R&D expenditure.

While this measure will mainly incentivise larger companies, it will also mean a significant cash-boost for some of the UK’s most innovative SMEs who have to make claims under this scheme (such as those who undertake grant-funded projects, the number of which may well increase as a result of other measures announced today).

The government will consult on whether expenditure on data and cloud computing should qualify for R&D tax credits. This represents a significant R&D related cost for businesses within the UK’s highly-rated technology sector. But the consultation will need to consider whether allowing this relief could be seen as an indirect subsidy for the main providers who hold the vast majority of the cloud computing market, such as Amazon, Google and Microsoft.

Following consultation last year, the introduction of a PAYE cap on the payable tax credit in the SME R&D schemes will be introduced from 1 April 2021. The government says that they have listened to the industry and will also consult on changes to the cap’s design, to ensure it targets abusive behaviour as intended.

In a Budget that was heavily focused on helping SMEs, it is interesting that the main change for R&D tax relief will mostly benefit large companies. Some will think that more could have been done to support innovative start-ups and other SMEs.

With effect from 1 April 2020, the government will align the treatment of capital losses arising to companies with the existing treatment of income losses.

This measure was originally announced at Budget 2018 and will provide that the group deductions allowance of £5 million, which determines the amount of brought forward losses that can be offset against current year profits, will cover capital losses as well as income losses. Any capital losses not covered by the £5 million allowance will only be capable of being offset against 50% of chargeable gains.

From 1 July 2020, all intangible assets acquired by companies will now be subject to the Intangible Fixed Assets (IFA) regime, including all intangibles created before 1 April 2002 (pre-2002 assets). Pre-2002 assets that were acquired from related parties would previously have been within the chargeable gains rules, and so not eligible for corporation tax deductions for amortisation. Tax relief for the cost of acquiring corporate intangible assets on or after 1 July 2020 will therefore now be provided under a single regime (subject to restrictions to prevent tax avoidance).

The removal of the need to distinguish between pre and post-2002 assets will provide a welcome simplification. As a result of this measure, and other measures already introduced as part of the wider package of reforms to the UK’s intangible fixed asset regime, various anomalous tax outcomes have been addressed.

100% first year capital allowances for green cars, zero-emission goods vehicles and equipment for gas refuelling stations will be available for an additional four years – these will now be available until April 2025 rather than April 2021 as previously announced.

Moore Kingston Smith comment
This announcement shows the government’s commitment to reduce the UK’s greenhouse gas emissions to net zero by 2050, but it does represent a significant reduction in the emissions threshold for each of the levels of capital allowances. Businesses looking to purchase cars will want to purchase cars that fall within the reduced emissions thresholds where possible, but it may now be harder and more expensive to achieve this than it was before.

EMI options are one of the most popular ways of incentivising employees among SMEs. However, they are not available to all businesses as there are some restrictions, including:

A review is to be taken to examine whether more companies should have access to the scheme.

It can be frustrating that EMI options are denied in some cases. For example, a company that is in a business where large amounts of stock are held – for example a motor dealer – could breach the £30 million limit even though its net assets are relatively small. Equally, it is not clear why there is a blanket ban on property development businesses.

Any review that might lead to a relaxation of the rules and greater employee participation in share ownership is welcome.

The government announced in 2018 that it would introduce DST. The Chancellor confirmed today that – as expected – this will be charged at 2% on revenues of search engines, social media services, and online marketplaces which derive value from UK users. The tax will apply to revenues earned from 1 April 2020.

A consultation was announced to consider certain aspects of the hybrid mismatch rules to ensure they operate as intended. These rules seek to address arrangements which exploit the difference in tax treatment between two jurisdictions. Such mismatches typically arise where financing arrangements are involved, for example where a tax deduction for interest is claimed in one jurisdiction without the interest receipt being subject to tax in the other.

The hybrid mismatch rules are complex and were introduced by the UK in response to the OECD’s BEPS initiative, going well beyond the minimum recommendations by the OECD.  Any clarification, and hopefully simplification, would be welcome to provide groups with much needed certainty.

The government is to consult on the introduction of a notification process whereby, from April 2021, large businesses will be required to notify HMRC when they take a tax position which HMRC is likely to challenge.

This proposed measure is in line with the government’s direction of travel in relation to tax risk assessment and management which aims to ensure that good tax governance is high on the agenda for large corporates.

Protecting your taxes in insolvency

It was announced at Budget 2018 that the government would change the rules so that HMRC would become a preferential creditor for taxes collected by businesses from customers and employees. It was originally announced that preferential creditor status would come into force from 6 April 2020, but the government has announced today that the new measure will not come into force until 1 December 2020.

The taxes affected by the new measure are those which businesses have effectively collected on behalf of the government, such as VAT, PAYE, employees’ National Insurance Contributions and Construction Industry Scheme deductions.

Despite many calls from various parties not to pursue this measure, the government has decided to press ahead and secure its position.