For the second successive quarter, the number of completed transactions in the marketing and media sectors was low, with only 42 recorded by Kingston Smith’s marketing and media deal tracker, which analyses UK M&A activity (where either the target, acquirer or both are UK entities). Here are our highlights of the quarter.

The proportion of transactions involving an overseas party dropped from the 53% recorded in 2016 to 43%. After Government concerns post the Brexit result that too many UK firms were falling into overseas ownership, this drop along with the fact that equal numbers of inbound and outbound deals were recorded should please policy makers if this result is repeated in other sectors.

A contributing factor is likely to have been the election of Donald Trump as US President. After the US dominated the overseas deals stats in 2016, deals involving Europe and the Rest of the World equalled the US for the first time in Q1 2017, potentially an indication that both US companies looking to invest in the UK, and UK companies considering acquiring in the US are biding their time before committing to a transaction following the inauguration. 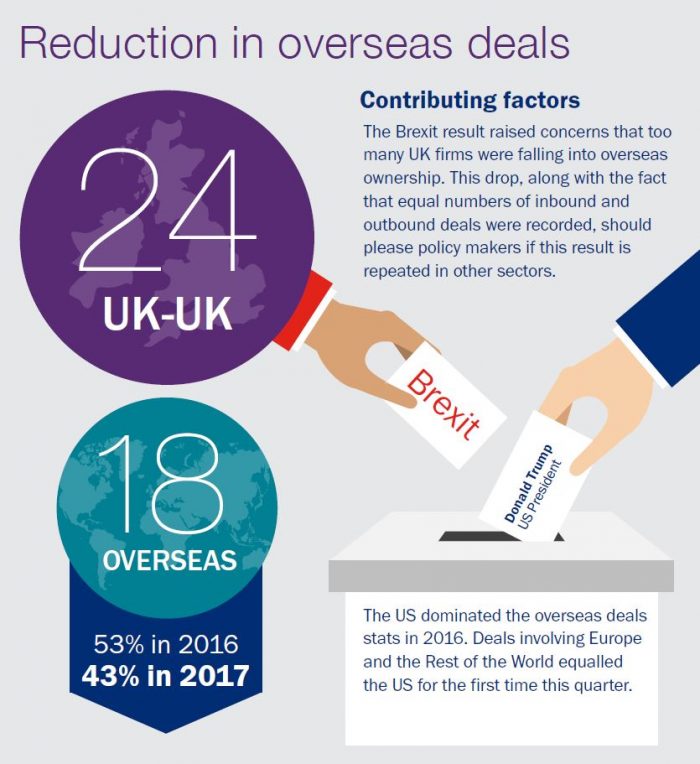 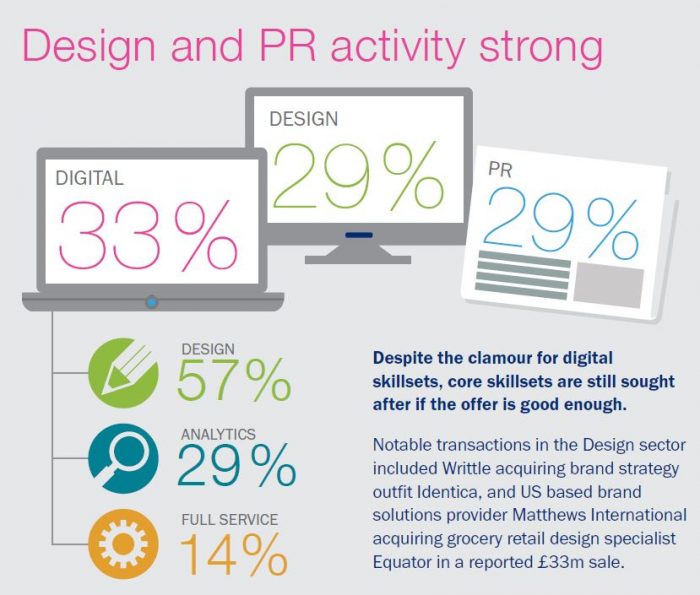 Q1 2017 was unusual in the respect that Dentsu and WPP only had one deal reported through a UK entity with Dentsu acquisition of Indonesian Dwi Sapta Group. In terms of other acquirers, acquisitive groups Four and Be Heard acquired public affairs and corporate communications agency Insight Consulting Group and marketing analytics and innovation consultancy Freemavens respectively. Lucky Generals, the creative agency were acquired by TBWA, part of the Omnicom Group. TBWA and Lucky Generals will form a sub-group in the UK and continue to operate as separate brands.

We expect deal numbers to improve significantly in Q2. We have seen signs that pre deal activity such as due diligence picked up in Q1 and so we expect this to convert into completed transactions in Q2. It will be interesting to see if the reduction of activity with the US is a temporary blip or an indication of a more permanent change.