Kingston Smith, has analysed deals in which UK private companies raised between £1 million and £15 million of growth equity capital. The first half of this year was very strong, with £846 million raised, a 25% increase in funds raised compared to the same period last year. If this trajectory continues, 2017 will be a record year. 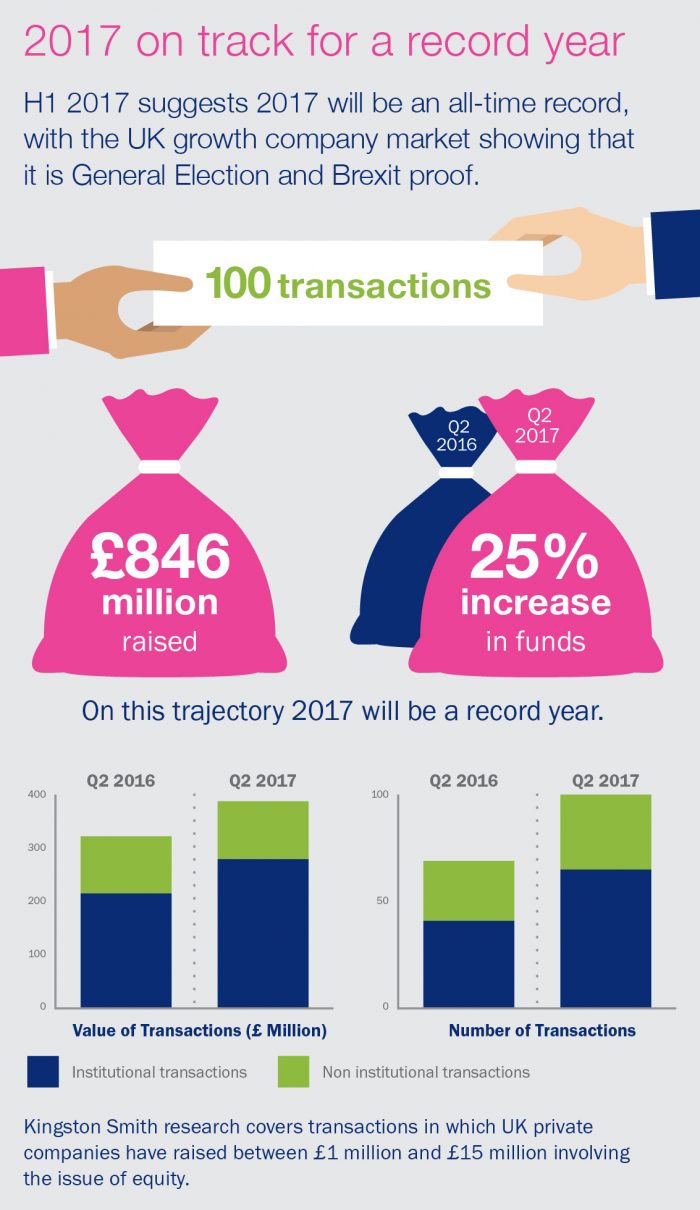 The two biggest sub-sectors are online B2B services and consumer apps, with 20% and 15% respectively by number of deals. Crowdfunding deals appear in the analysis but the vast majority of transactions are through direct channels. This market is significantly bigger that the AIM IPO in this size range. In the first half there were 17 AIM IPOs in which £1 million to £15 million was raised.

Jonathan Garbett, director of corporate finance at Kingston Smith said: “It’s fantastic to see that this market is on course for a record-breaking year. It’s encouraging to see that activity this year hasn’t been affected by repercussions of the General Election or the ongoing uncertainty surrounding Brexit.” 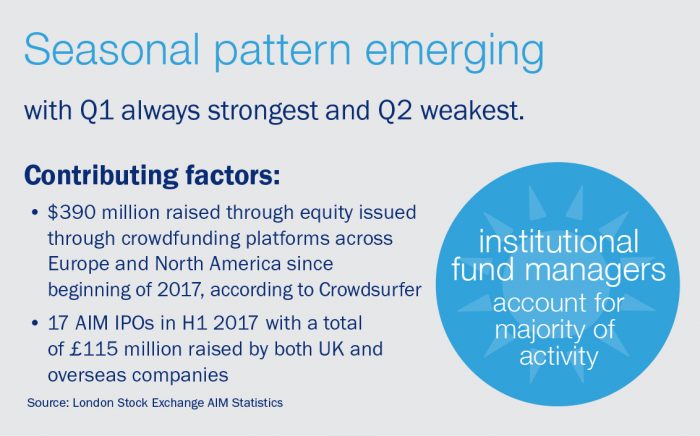 Find out more about our Raising Finance and Growth Capital services.

Kingston Smith has analysed transactions by UK based companies that involve the issue of less than 50% of share equity share capital to third parties and funds raised of between £1 million and £15 million. Accordingly, these numbers do not include senior debt and mezzanine debt fund raisings and smaller fund raisings by companies and start-up funding unless more than £1 million is raised. Start up funding is generally very much less then this amount.

The research aims to capture all transactions by UK companies that fall within the criteria but inevitably we expect that there will be transactions that have take place but have not been captured.

The research is based exclusively on data extracted from the Zephyr database of M&A transactions, published by Bureau van Dijk.

Institutions are defined as organisations in which full time investment professionals are in place with access to assets under management or proven investor networks. We include companies undertaking corporate venturing transactions.