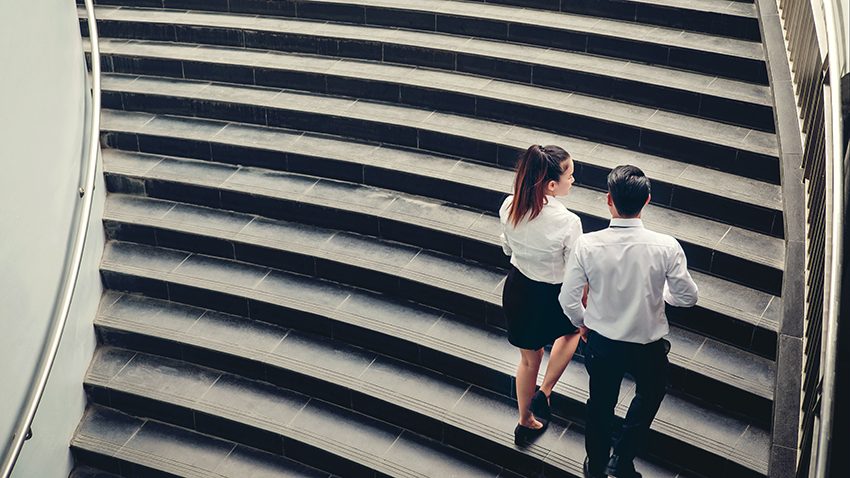 Over the past few months, a number of announcements have been made which will together have a significant impact on the professional firms sector over the next few years. This article seeks to pull together the key changes that are coming down the track; whilst not all of these will affect everyone equally, there is likely to be at least something for most firms to consider as they look to the future.

The introduction of Making Tax Digital (MTD) – the government’s plan to modernise and digitalise the tax system – is continuing.

Most firms will now be within MTD for VAT, meaning their VAT records must be maintained digitally in “functional compatible software”, such that their VAT returns can be prepared from those records and submitted to HMRC directly from the software.

Currently MTD for VAT is only mandatory for organisations with taxable turnover above the VAT threshold, but this is being extended to all VAT-registered organisations for VAT periods beginning on or after 1 April 2022. Any firms that are currently VAT-registered but that are not yet complying with the rules summarised above will therefore need to make arrangements to do so over the coming few months.

The next set of obligations under MTD will relate to Income Tax, and will come in from 6 April 2024. From this date, all sole traders and individual landlords with gross income of more than £10,000 will need to maintain digital accounting records for income tax purposes (i.e. including information that might not be needed for VAT purposes), and to submit quarterly updates to HMRC directly from these records.

These quarterly updates will comprise summaries of the income and expenditure of the business for the quarter, and will be due to be submitted within one month of the end of the quarter. All businesses will make reports for the same quarters, with the first updates covering the quarter ended 5 July 2024, and being due by 5 August 2024.

General partnerships with only individual partners will come within this regime from 6 April 2025, with the start date for other partnerships and LLPs still to be confirmed.

MTD will be extended to encompass corporation tax at some point although the details are still to be announced.

In advance of the introduction of MTD for income tax, the government plans to change the rules that determine how and when profits of self-employed individuals and partners (including members of LLPs) are subject to tax.

2023/24 will be a transitional year, and the taxable income for this year will be calculated from three amounts (again using a partnership with a year end of 31 December for illustration):

Where the total of the above is more than the figure in the first bullet point, the extra income will be spread over five tax years (with the possibility of electing to accelerate this if desired).

Many professional firms will undoubtedly look to change their accounting date to 31 March (which will be treated as 5 April for these purposes) in order to avoid the need to apportion profits from two accounting periods (and possibly to make estimates). For some firms, however, this will be impractical, and such businesses will need to live with the administrative inconvenience of the new rules. For many firms and individuals, the change will mean that tax is paid earlier than at present, and this could have far reaching cashflow implications which should be considered sooner rather than later.

At the same time as the government has been considering the issues set out above, the Office for Tax Simplification has been considering the implications of changing the end of the tax year from 5 April to either 31 March or 31 December. The general consensus seems to be that a change along these lines would come with on-going benefits but with some potentially significant one-off costs.

Despite these costs, momentum seems to be growing for a change in the tax year end date. It does not at the time of writing seem likely that any change will be made before basis period reform and the introduction of MTD for income tax, but it is possible that a change will be made in the not too distant future, and if so it will come with some element of disruption.

The issues described above are largely administrative, and alongside these many professional firms are having to plan for higher tax rates than they were a year ago.

Firstly, it was announced earlier in the year that the main rate of corporation tax would increase from 19% to 25% with effect from 1 April 2023.

Then, in September, it was announced that from 6 April 2022, national insurance contributions and dividend income tax rates would all increase by 1.25% (as part of the plan to reform the funding of health and social care). The national insurance contribution rate increases will be replaced with the new Health and Social Care Levy from 6 April 2023 but the effect will be largely the same (except that this new levy will apply to individuals above state pension age).

These changes will together affect the overall tax position of professionals in whatever form they do business. By way of illustration, the following table shows the tax implications for a higher rate taxpayer of extracting profits from a business both currently and then after the changes have all been introduced.

The key points are that tax rates are increasing across the board, but most significantly for those that operate through a company and extract their profits by way of dividend; in the next couple of years it will become largely irrelevant whether profits are extracted from a company by way of salary or dividend, but in either case the overall tax bill will be higher than it would be if operating through a partnership.

Detailed proposals have now been published for the new Economic Crime Levy which is to be charged on businesses that are subject to the Money Laundering Regulations (including accountants and lawyers) and that have UK revenues of at least £10.2 million.

The levy is being introduced from 1 April 2022, and initially will be set as follows:

The first payment of the levy will not fall due until after 31 March 2023, and full details as to how the amounts will be assessed and paid will be published in due course.

Over the next few years, many professional firms and their owners are likely to see their tax bills increase. At the same time, they are likely to face new administrative requirements and potentially also a requirement to pay tax sooner than is currently the case. Many firms will be well advised to start planning now.